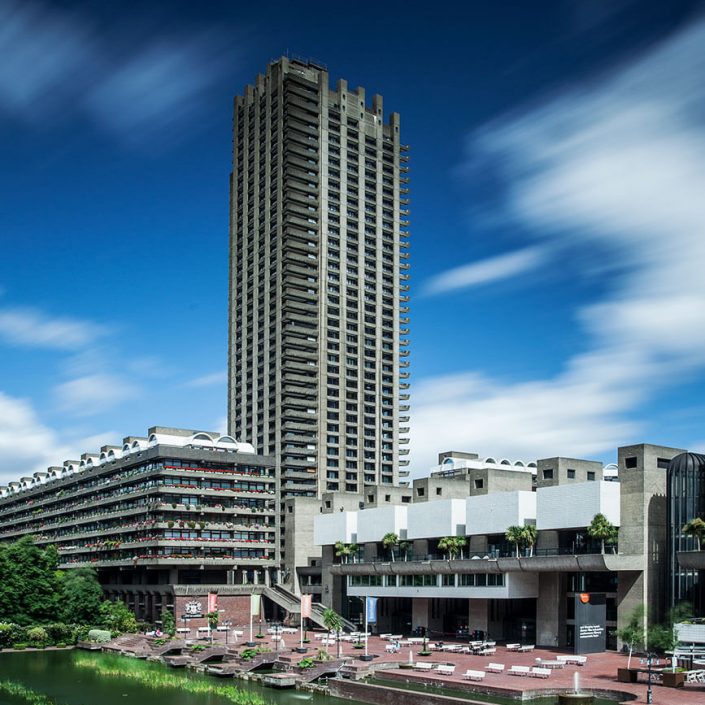 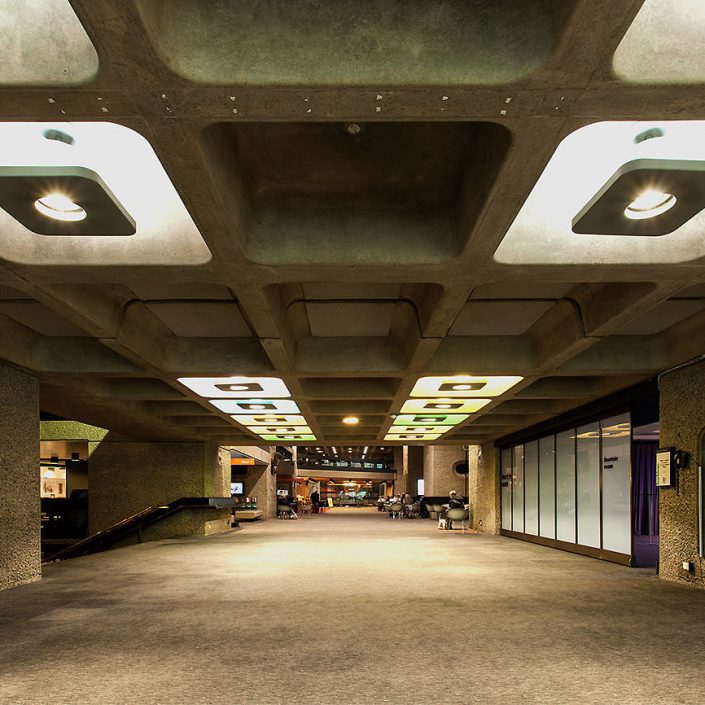 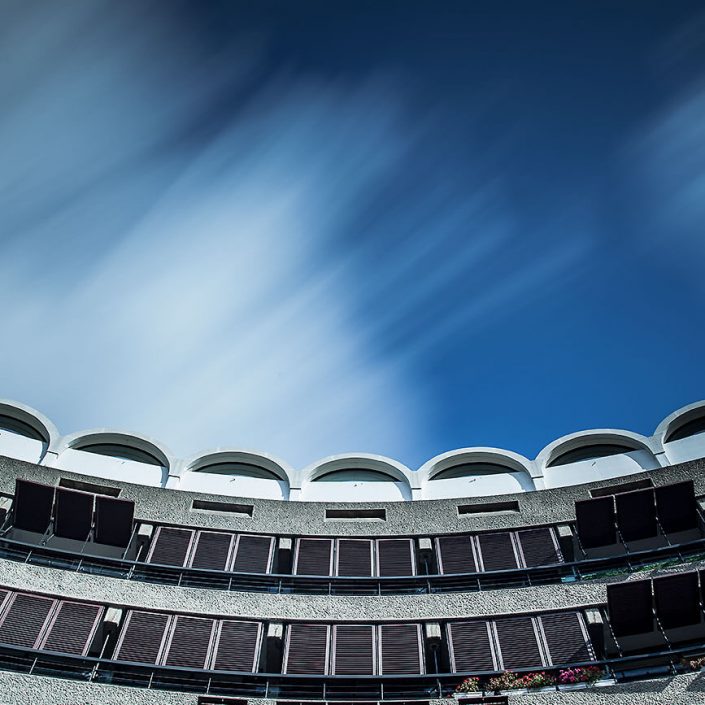 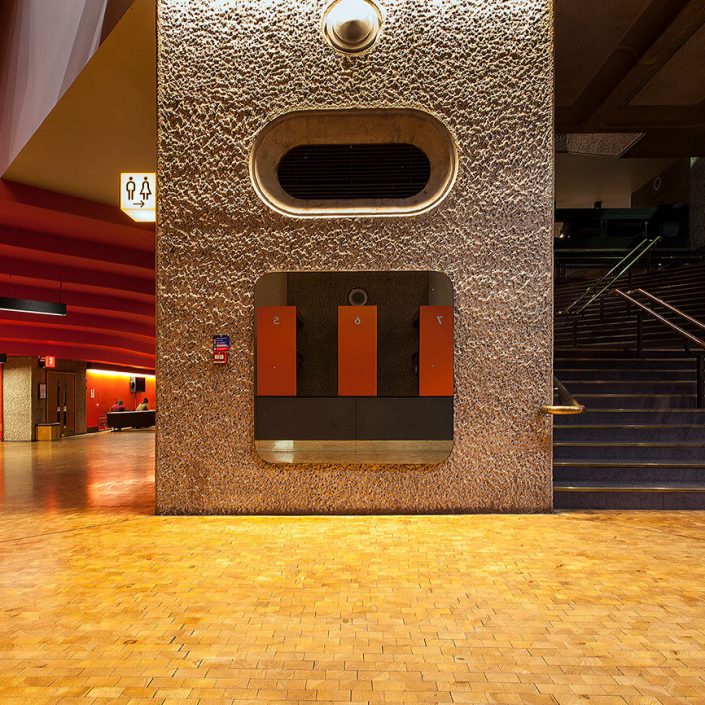 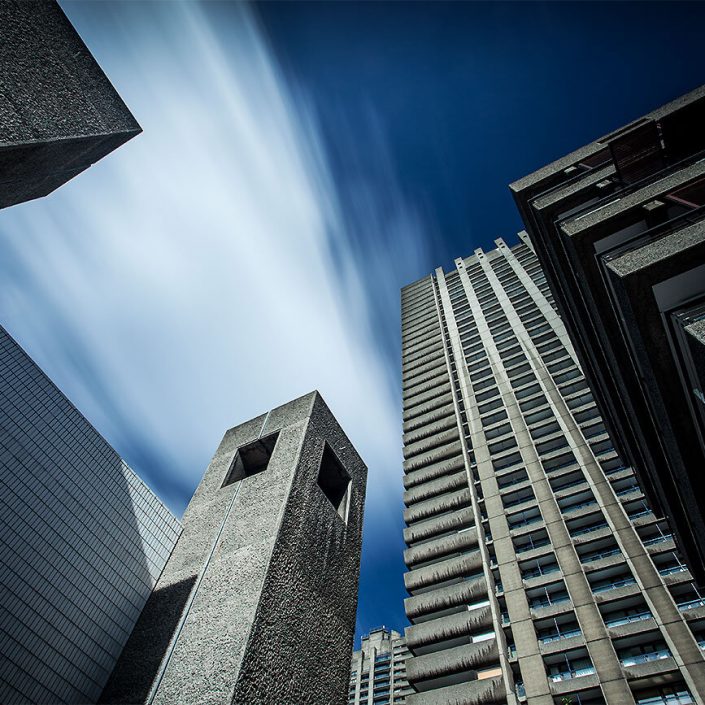 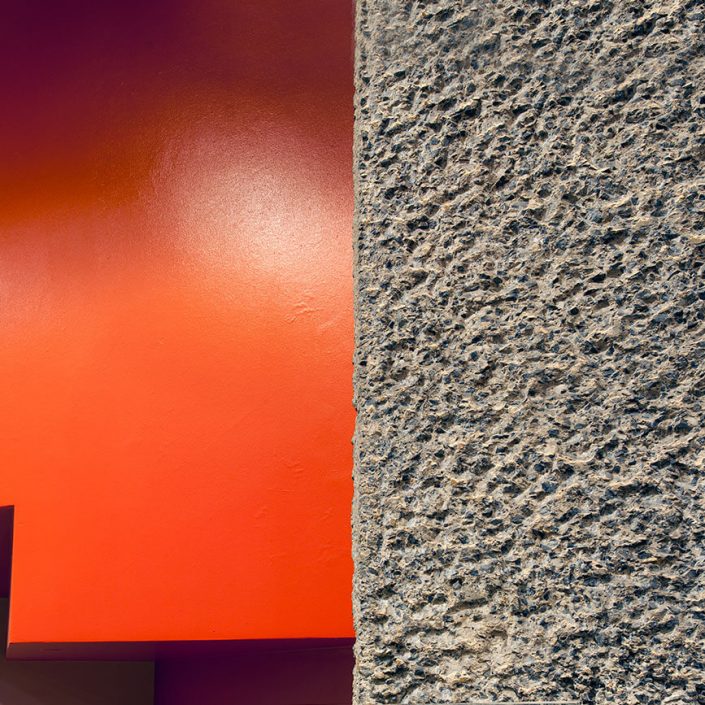 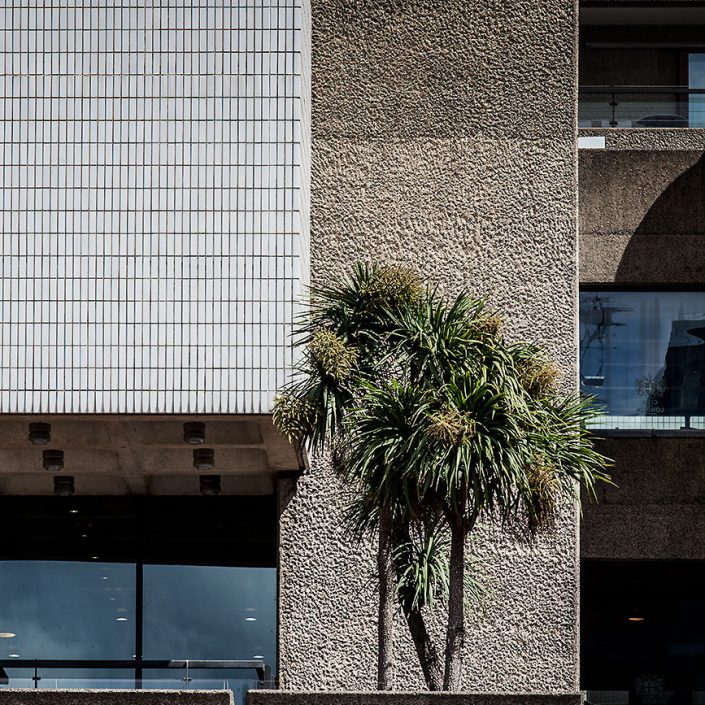 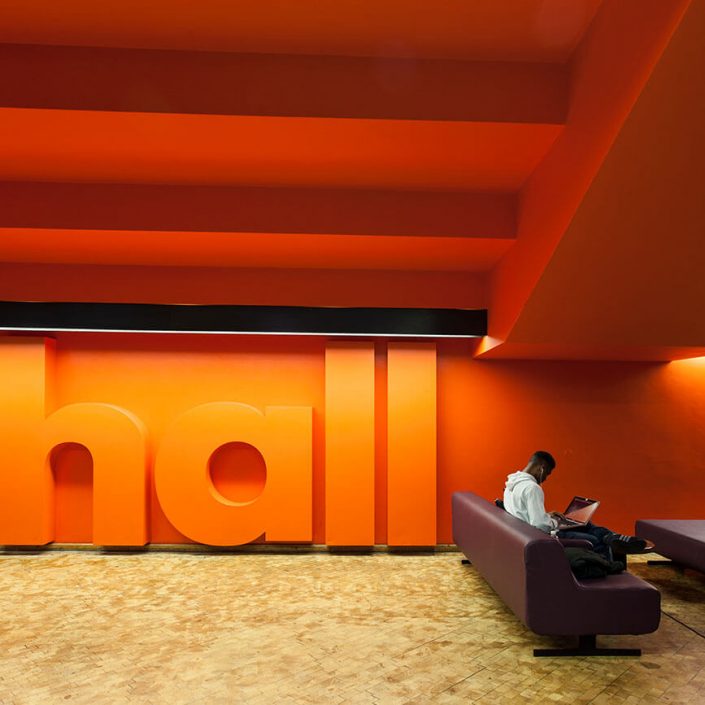 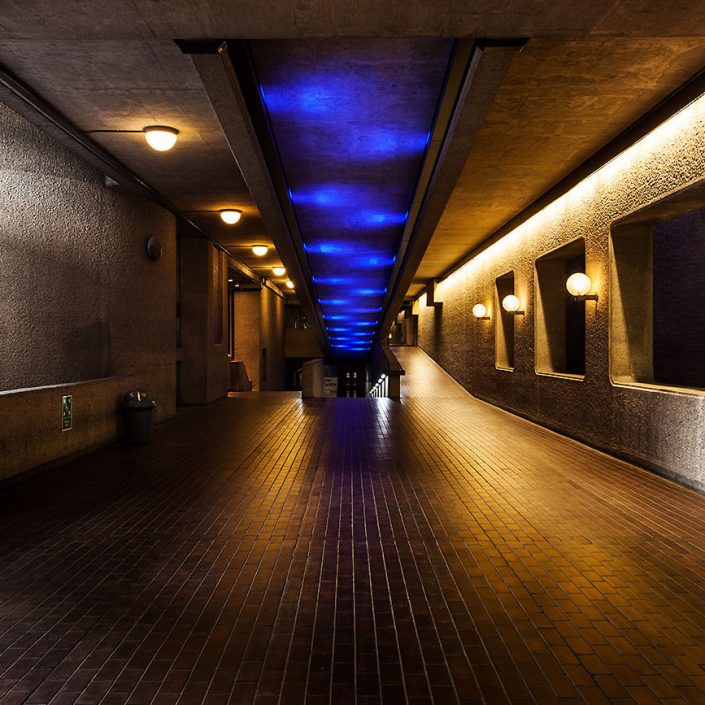 The Barbican Centre London is located on a site which was heavily bombed during the Second World War, the 35-acre site in the heart of the City of London, was known as the Barbican – a Middle English word meaning fortification. The term ‘Brutalism’ is derived from the French béton brut, meaning raw or unfinished concrete. Although the concrete at the Barbican Estate was left exposed, it was not unfinished, having been pick-hammered to give it a rough, rusticated appearance implying a sense of monumentality.

The Estate now has a Grade II listed. The original plans featured five tower blocks of twenty stories. The architects reduced the number of tower blocks to three in order to minimise the buildings’ footprint and at the same time doubled the height to maintain housing density. Cromwell Tower is forty-three stories high, while Lauderdale Tower and Shakespeare Tower stand at forty-four stories. Standing at such a height and with complex programmatic requirements, the project demanded specialised engineering, delivered by Ove Arup & Partners.

The towers utilise pre-cast reinforced concrete elements for the frame, which places the majority of the load around the exterior of the building “on the same principle as is familiar in a chimney.”Roughly triangular in plan, each floor of the towers contains three apartments arranged around a central core of lift shafts, stairwells, and service risers. The living rooms are located at each corner of the triangle, where the meeting of two walls affords panoramic views.The highly distinctive cantilevered balconies of the towers, with their elegantly curved tips, resemble the hull of a ship. They also have a practical application: their unique form reduces wind resistance and eases the strain on the structural frame. The long protrusions of the balconies, a design feature recommended by the engineers, create deep eaves over the apartments below. Construction of the Barbican Estate took thirteen years, concluding in 1976 with the completion of Shakespeare Tower.

The estate consists three tower blocks, thirteen terrace blocks, two mews of terraced houses and a row of townhouses. The tower blocks facades feature a grid pattern of concrete panelling. The horizontals of this concrete grid are punctuated by continuous lines of the verticals, emphasising the height of the towers. The terrace blocks, are orientated horizontally, creating a dynamic contrast to the soaring towers. The residential blocks are linked by two systems of pedestrian circulation; the high-walk and the podium. The high-walk is a network of bridges and narrow walkways, encompasses the estate. The podium is a raised platform which becomes a new ‘ground level’ once inside the boundary of the estate. This design feature allows the Barbican to be entirely pedestrianised, with road and rail traffic passing underneath.

The complex was designed as an urban microcosm, with residential blocks arranged around communal spaces – an approach inspired by the work of Le Corbusier. In addition to “luxury” housing, Chamberlin, Powell and Bon’s plan for the Barbican featured cultural facilities including a concert hall and theatre, a shopping mall, underground parking, private gardens, and lakes with fountains and a waterfall. The Guildhall School of Music and the City of London School for Girls would also be moved to new premises on the site. St. Giles Church, one of the few buildings to survive the bombings of 1940, stands in the centre of the estate.

Architecture critic Jonathan Glancey spent four years living in the estate, and proclaims that “there is nothing like [it] in scale, intelligence, ingenuity, quality, urban landscaping and sheer abstract artistry anywhere else in Britain, perhaps even the world.” Alongside buildings such as the Royal National Theatre in London and Park Hill Estate in Sheffield, the Barbican Estate has become a symbol of British post-war architecture.